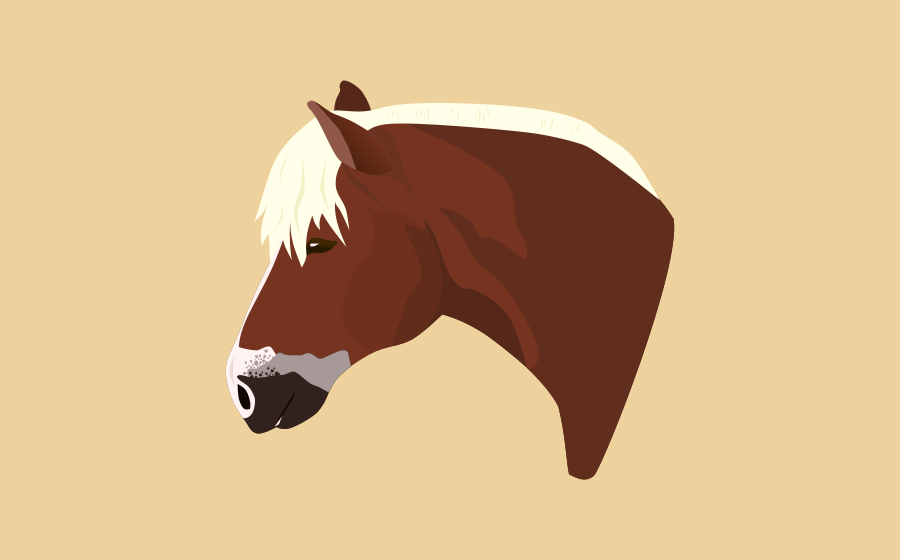 Connections beyond the human realm.

THIS IS PART OF A MINI-SERIES CALLED THE BLANKET FORT SESSIONS, A COLLECTION OF PERSONAL ESSAYS THAT EXPLORES HOW PEOPLE FIND HUMAN CONNECTION DURING THE PANDEMIC.

Written by Lauren Koh, host of the podcast, The Urban Equestrian

I was just 13 years young when horses came into my life; the irony of it being that I was not in fact the one who asked to ride. My parents, stereotypically Asian, insisted I found a sport to be ‘good at’, and I showed little interest or talent at ball games, racket games, or perhaps anything they introduced me to. At their wits’ end, they decided that a seemingly futile go at introducing me to horse riding would be worth an attempt.

In 2013, little did they know it would’ve been more than a successful attempt.

I thought I’d be galloping away into the sunset on my first lesson, but I couldn’t have been more wrong. The first few lessons entailed learning the basics of how to walk alongside a horse, how to approach a horse safely in the stable, and how to saddle a horse (equestrians term this as ‘tacking up’). Nevertheless, though the actual experience seemed significantly less exciting than I had imagined initially, being around horses felt special, and very different somehow, from being around other animals. It brought me a sense of peace and stillness that I found nowhere else in my life, and because I generally dealt with a lot of anxiety and nervous energy when I was younger, this feeling of tranquility really appealed to me.

It was from this point onwards that I decided I wanted horses to be in my life from a long time to come.

Perhaps you’re hearing this now, and your impression of me is that I’m just another spoilt, rich kid who can afford to ride horses as my hobby. But maybe, just maybe, I can change your mind about how you see me, and the rest of the equestrian community in Singapore, if I can help you to see horse riding through my eyes; in particular, what horses mean to me and how they represent the ability of connection and emotion to transcend the realm of human relationships.

I remember the small, shy girl who came out of her shell to forge a connection with four legged gentle giants. Like a bandaid applied to a wound, the days I went out to the stables clouded the jarring failures of my failed attempts at human connection – fitting in at school, striking even a civil conversation with those who lived at home with me, holding a conversation over text – those never quite worked out as well as the days I walked into the stables with boots on my feet and carrots in my hand. Having been subject to bullying – and some rather nasty remarks hurled at me by my peers and teachers in Primary School – I was very reserved in social situations and always hesitated to interact with those around me.

Six years into the future, just this time last year, I found Streisand, amidst the shards of broken trust and broken relationships in my life, the horse I chose to lease with money I had saved up myself.

Being with Streisand calms me. It starts with the comforting, sweet smell of hay at the moment I step foot into the stables. As I walk up to Streisand’s stall, she always peeks out to see who’s coming. When she notices that it’s me who’s approaching her, she often lets out a soft nicker in recognition, which puts a smile on my face every time. Before I start preparing for my ride, I stroke her golden brown face and play with her silvery white mane, and she gives my shoulder a soft nudge, almost as if she were saying ‘I’m happy you’ve come to see me again today.’

I’ve never been that comfortable with physical contact with other people, but I always look forward to the next time I can throw my hands around Streisand’s neck, with her head resting lightly on my shoulder. The affection she reciprocates makes all my troubles melt away.

And in those early days, she gave me the confidence that I, a withdrawn and reserved individual, also had a chance of connecting, of being important – having a friend. Indeed, she was far from human, but she gave me a chance, one that I had been afraid to ask of other humans. A chance to look beyond my very, very human flaws, and a chance to prove that I was capable of loving and being loved.

And this unprecedented relationship with a friend far from human, conceived my ability to form meaningful human connections, too. As my love for Streisand grew, my confidence in my ability to love, to be loving, grew as well.

Instead of always believing that I was unlovable, or that I was not good enough for the people around me, I began to actually reach out to others because I gained confidence that there must be… something good about me for Streisand to have found a friend in me, and to await my return to the stables every week.

Since meeting her, I’ve met some of my closest friends yet, I’ve overcome a fear that I was incapable of emotional investment, and my existence was no longer founded on shunning those who made me feel I was less than them.

Then, the Circuit Breaker happened.

I pined for her.

For the first week or two, my inability to physically connect with Streisand took a jab at my physical and mental health. In a world so globalised, the media tells us that we don’t have to meet anyone physically to ‘keep in touch’; that our loved ones are just a video call away.

Daily, I continued to post pictures of Streisand on my Instagram account (as Gen Zs would call it: my spam account), in desperation of perhaps, continuing to feel close to her in one space: a public space. But what I didn’t expect was my (human) friends actually replying to these posts, even sympathising with how difficult it was for me to be physically away from Streisand. I used to get teased for being ‘horse girl’ when I was younger and I detested that nickname because it was said with such mockery. And so, I didn’t expect any of my friends to get how important horses are to me, let alone offer me comforting words when I voiced my disappointment over not being able to see Streisand. But they proved the negative voices in my head so wrong.

At first I was hesitant – the thin threads of friendships that tied me to the people around me was strung together with the confidence I found in Streisand, and I felt wary, even disoriented, to navigate the possibility of connection, without her. Eventually, however, I did realise that this sense of human connection provided me with solace, a means of grounding myself despite the shakiness of ‘social distancing, self isolation, lockdowns and swab tests’.  More importantly, I realised that while it was physically impossible to remain in touch with Streisand, she was the reason I could turn to  humans for connection throughout the circuit breaker period, and if not for me meeting her, any semblance of a meaningful relationship with another person in this time of isolation and quarantine would have been distant, and unknown to me.

In the two months of the Circuit Breaker, I’ve entertained numerous Zoom calls, played one too many rounds of CodeNames and Skribbl.io, even received food sent to my house on my birthday in April. But, I write this now with heightened awareness that all these friendships, all these connections would not have been possible without the one, central, integral starting point of my ability to actually feel brave enough to take my friends’ outstretched hands, and make an attempt at building bridges I never imagined I would even want to cross.

Sometimes, or rather, most of the time, connection finds itself regardless of physical proximity. I find myself a mere metre away from the people I meet daily – at a hawker centre to buy food, at the park in my neighbourhood I jog at, or even just along the streets as I walk my dog. I am approximately 7km away from the stables, and yet, I know I’m closer to her than I ever will be to anyone I meet in those transient physical interactions, and everyday I still find her; in the Zoom calls, the games I play online, in my conversations over text.

I may not have seen her for two whole months, but it is this physical distance that led me to a space of connection with her, and beyond my friendship with her.

Lauren hosts a podcast named The Urban Equestrian – it covers everything you wanted to know about horse riding in Singapore. You can find her episodes on her Instagram or Soundcloud.